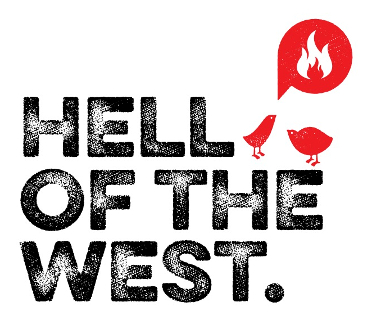 HELL OF THE WEST HISTORY

The “Hell of the West”  began life in 1989 as what was then called an Olympic distance event comprising  a 1.5k swim, 40k cycle and a 10k run. Co-founders Lex Dreier and David Vincent were both novice triathletes at the time and basically wanted to put something back into the sport that we enjoyed so much. With the assistance of then Triathlon Queensland President Barry Hawkins they conducted the first event in October of that year with a field of 45 individuals. The event was a big success.

The Goondiwindi team decided that the “Hell of the West” needed to be something unique if it was to prosper and develop a national profile. Because of the lack of quality longer distance races in Queensland it was decided that the event should be changed to a long course triathlon which is made up of a 2k swim, 80k cycle and a 20k run. The club applied and was accepted by Triathlon Queensland to host the 1990 Long Course State Titles (since then HOTW has hosted many state and national AG championships and also in 2017 was the Elite National Championship).

The first long course event was held in November of 1990 and attracted an excellent field (by the standards of the time) of 85 individuals. The event was a huge success and “Ultimate Challenge” ( Triathlon Queenslands own magazine ) described the HOTW as “THE TOUGHEST TRIATHLON IN QUEENSLAND” . The name has stuck and competitors have traveled the long roads to Goondiwindi to challenge themselves to compete this gruelling race.

The following year the HOTW was moved to the hottest part of the year to better fit athletes getting prepared for Ironman Australia in Foster. At the time very few triathlons were run in January or February  because it was considered to hot, but this only served to inspire the Goondiwindi crew to enhance the reputation of the event under the tougher conditions.

As it continued to develop over the next few years the event has continually “led” the triathlon community with new innovations and improvements. The “Hell of the West” was one of the first events to have five year age categories and to allocate equal prize money or prizes to men and women and pay those regardless of how many entrants are in each category. It was also one of the first events to incorporate a children’s triathlon in conjunction with the main event with the “Just for Kidz” triathlon continuing to be extremely popular.  Innovations such as the water drums on the run course, 1k aid stations and the small juice type water bottles were not borrowed from other events but developed by the Goondiwindi team to combat the local prevailing conditions.

Over the next 2 decades the “Hell of the West” continued to grow in stature and media exposure, and in 2008 the Goondiwindi Triathlon Club formed to committee and employed an administrator to carry on the legacy of the founding members and have continued to run the event to this day. Throughout all these years the local support of the event cannot be overstated with the Goondiwindi Scouts , Guides & Venturers in particular the cornerstone of the events success over the years. It is often regarded that the HOTW have the best volunteers in the triathlon scene and it's their care, support and interaction with our athletes that form the success of the HOTW. The HOTW is run as a not-for profit Incorporation and donate in excess of $15000 back to all the volunteering community groups that include Sports Clubs, Schools and charities.

The event hit its peak in the years between 2010-2015 with individual and teams exceeding 900 competitors, which has Goondiwindi bursting at the seams. In recent years the growth of Ironman events and other Qld races in a similar date window have seen numbers return back to about 500, but all along the HOTW continue to attract a strong and loyal following amongst the age group ranks, with many returning for over 10 years in a row and we actually have two competitors, Allan Pitman and Geoff Buckley who are over 25+ consecutive HOTW’s.

As for the elites, the HOTW has hosted some of the greatest triathletes in the world. On the men’s side world champions Tim Reed and Pete Jacob have won the event and on females Triathlon Hall of Fame inductee Candian Lisa Bentley is a two time winner as is the Kate Major and Kate Beckinsale. Recent years have seen the domination of Sarah Crowley (6x winner) and Max Neumann (2x winner) who are now the race record holders. HOTW are proud to support a professional field and love seeing these talented and dedicated athletes interact in the Goondiwindi community.

Over the last couple years the HOTW has added events to form the Super Saturday which now includes;

These events have allowed more local and family participation and added to the festive atmosphere, so much so that the weekend is now aptly known as “THE FESTIVAL OF HELL”

As Hell of the West moves towards its 30th year we would like to thank the many sponsors, event partners and volunteers that have been a part of helping the Goondiwindi Triathlon Club run the greatest triathlon in Australia The Hell Of The West. And of course our competitors , the ones you seek out a challenging and fair race like the HOTW. You guys and gals inspire our little town and surrounding area to be better. THANKYOU.